What would you do if you desperately needed somewhere to rent in London? Would you consider a flat share, where you end up literally sharing the same bed as the person you’re flat sharing with?

Well, that’s the situation that Tiffy finds herself in when she needs to leave her ex-boyfriend in Beth O’Leary’s Flatshare She finds a small flat to rent on Gumtree, the only catch is Leon, a dashing Irish man who she doesn’t meet, shares the flat (and bed) with her when she’s not there.

With Tiffy and Leon unable to meet due to Leon working nights at the hospital and Tiffy working during the day at a small publishing house, the pair write to each other through post-it notes that are left throughout the flat.

Slowly, life takes turns and the pair end up meeting and provide support for one another when life throws them curveballs. But with Tiffy’s jealous ex still on the scene, readers are left gripped, wanting to know if their relationship will truly flourish.

This contemporary romance is told through the points of view of Tiffy and Leon in alternating chapters. It’s charmingly British in its approach but tackles important issues such as controlling relationships, gaslighting and wrongful imprisonment. Such topics are important in contemporary literature as many find themselves experiencing similar situations.

What we find with the character of Tiffy, is she’s a clear representation of a woman trying to navigate her way through the 21st century millennial generation. Working at a low paying job because she’s managed to find something she’s passionate about, Tiffy strives to do her best where she can in the hopes of catching a break, all while dealing with a controlling ex who doesn’t seem to understand that stalking your former girlfriend isn’t the best move.

While Tiffy is navigating the world of ex’s and fledging careers, Leon, is a nurse who works at a hospital in London. While battling the sleep deprived night shifts, Leon is trying to get his brother out of jail and is dealing with a girlfriend who likes too much control. Leon shares his brother’s story with Tiffy and the pair begin their bond as they try and find a way to get him out of jail.

This story is magic in its own way as it focuses on how the current generation have multiple aspects of their lives that require juggling, all while trying to succeed at a career, find a partner and deal with unexpected life hurdles along the way. Through Tiffy and Leon, we’re shown how the current generation of adults handle the modern world and find affection and friendship even in challenging circumstances.

What this book highlights is how adults today are navigating the world around them and how friendship plays a vital role in people’s support systems. This book is a great read for anyone who enjoys light contemporary romance and wants to be swept up in a story filled with memorable characters. 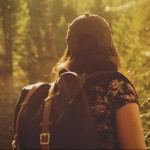 I'm a work in progress writer, who loves books and all the nerdy things.